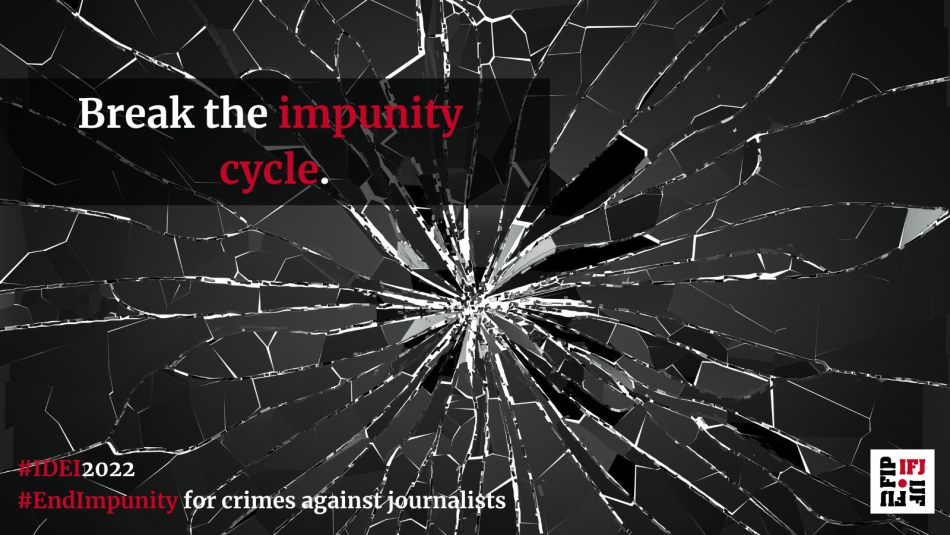 Between 2012 and 2021, there were 224 recorded cases of complete impunity for journalists murdered and of those, 185 of those took place in 12 countries. Mexico, Somalia, Syria, India and Afghanistan were the worst offenders.

In Afghanistan, many journalists fear for their lives as murder, violence and terror threaten their existence since the Taliban took control of the country in 2021. Unifor, working with many organizations, including Journalists for Human Rights, helped eight families escape Afghanistan and many of them are in Canada or on the way, including TV presenter Siar Mateen and his family. Mateen told Unifor’s Media Council last week how he witnessed colleagues being murdered during a taping of his show and of his narrow escape from the country.

Crimes against journalists, however, are not limited to murder. Kidnapping, threatening, pubic shaming and harassment are all too common crimes around the world and Canada is not immune.

Canadian journalists often face violence and threats – including death threats, intimidation and harassment online and in the field. The rise of the internet and social media brought with them, a level of connectedness, access and anonymity that made it even easier for members of the public to target journalists and media workers and subject them to hateful messages, threats and abuse.

It is important to recognize that journalists, who are women, women of colour, Indigenous, LGTBQ+ or from equity-deserving groups are disproportionally affected by violence and harassment.

The effect is to silence journalists by preventing them from holding the powerful to account. Called “chilling,” journalists may be either too afraid to report on certain issues, not get assigned to certain stories or leave the profession altogether.

For all of this, impunity is abound. These crimes often go unpunished and support for journalists are lacking.

That is why Unifor has created a plan of action to combat the harassment and abuse of journalists and media workers. Our focus is a two-pronged approach: Supporting journalists who have been attacked and harassed and trying to stop the attacks themselves.

Our plan includes public awareness, internal awareness, creating and fostering supports for journalists and media workers, union leadership training and education. It also uses bargaining, health and safety, policing strategies, lobbying for stronger legislation and holding the internet platforms to account for the content they publish and much more.

Our website, Helpishere, is a unique site that journalists and media workers can go to get advice and support if they have been targeted by harassment. The website brings together support and knowledge from across the industry not only for unionized members, but for all journalists including freelancers who may feel the most vulnerable.

Murder is the ultimate censorship, but all crimes against journalists have a chilling effect where truth and justice becomes, yet, another victim.

We need to end impunity for crimes against journalists – democracy and humanity is at stake.